Skip to content
Welcome To
DUNOON
Welcome To Dunoon

Dunoon is a town located on the Cowal Peninsula in Argyll and Bute, Scotland. It is located on the Firth of Clyde, on the west coast of Scotland, and is the main ferry port for the island of Bute.

Dunoon is a popular tourist destination, known for its Victorian architecture, beautiful surroundings, and outdoor activities. The town has a number of attractions, including the Dunoon Castle, which is located on a hill overlooking the town and offers views of the surrounding area. There are also several beaches, parks, and nature reserves in the area, which are popular with walkers and nature lovers.

In addition to its natural beauty, Dunoon is also home to a number of shops, restaurants, and cafes, as well as a number of accommodation options, including hotels, bed and breakfasts, and holiday cottages. The town is well-connected to the rest of Scotland, with regular ferries to the mainland and good road and rail links.

Dunoon Scotland. It has a long and varied history, dating back to ancient times.

The area around Dunoon has been inhabited for thousands of years, and there are a number of prehistoric sites in the area, including standing stones, burial cairns, and hill forts. The town itself was founded in the 19th century, when it became a popular holiday destination for wealthy Victorians.

During the 20th century, Dunoon became an important industrial center, with a number of shipyards and other industries located in the town. It was also an important naval base during both World Wars. In the latter half of the 20th century, the town's economy diversified, and it became a popular tourist destination once again.

Today, Dunoon is known for its beautiful surroundings, Victorian architecture, and outdoor activities. It is a popular destination for tourists, who come to enjoy the town's natural beauty and take part in a range of activities, including walking, cycling, and water sports. 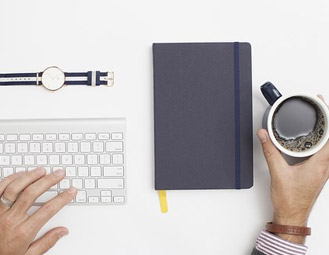 The Coylet Inn by Loch Eck

The Coylet Inn by Loch Eck

Ferry Services Dunoon, on the Cowal Peninsula in Argyll and Bute, Scotland, and other destinations on the west coast of Scotland.

Dunoon is to Gourock, which is located on the mainland about 20 minutes' drive from Dunoon. The ferry to Gourock operates several times per hour and takes about 10 minutes to complete the journey. From Gourock, you can catch a train to Glasgow or other destinations on the west coast of Scotland.

There are also ferries from Dunoon to other destinations on the west coast, including Rothesay on the island of Bute and Tarbert on the Kintyre Peninsula. These ferries operate on a less frequent schedule and take longer to complete the journey.

You can find more information about ferry services to and from Dunoon on the Caledonian MacBrayne website.

The nearest train station to the town of Dunoon, in Argyll and Bute, Scotland, is Gourock. Gourock is located about a 20-minute drive from Dunoon and is served by trains on the Inverclyde Line, which runs between Glasgow Central and Wemyss Bay.

From Gourock, you can catch a ferry to Dunoon, which takes about 10 minutes. The ferry to Dunoon operates several times per hour and provides an important link between the town and the mainland.

Gourock Train Station has regular services to Glasgow and other destinations on the west coast of Scotland. You can find more information about train times and fares on the ScotRail website.

There are a number of bus services that operate between the town of Dunoon, on the Cowal Peninsula in Argyll and Bute, Scotland, and other towns and cities in the region.

The main bus operator in the Dunoon area is Western Buses, which operates a number of services to and from the town. There are regular buses from Dunoon to Glasgow, which take about an hour to complete the journey. There are also buses from Dunoon to other towns and villages in the region, including Inveraray, Rothesay, and Tarbert.

Bus Services to and from Dunoon on the Western Buses website. You can also use the Traveline Scotland website to plan your journey and find information about fares and timetables.

There are a number of shopping options available in the town of Dunoon, in Argyll and Bute, Scotland. The town has a range of independent and chain stores, including supermarkets, pharmacies, and gift shops.

One popular shopping destination in Dunoon is the Victorian Market Hall, which is located in the town center and is home to a number of independent retailers. The market hall is a listed building and is known for its architectural features and historic atmosphere.

In addition to traditional shops, there are also a number of craft and gift shops in Dunoon, which sell a range of locally-made products, including jewellery, pottery, and textiles.

Dunoon Castle is a castle located on a hill overlooking the town of Dunoon, in Argyll and Bute, Scotland. It is a Category B listed building and is open to the public.

The castle was built in the 19th century and is an important example of Victorian architecture in the region. It is surrounded by beautiful gardens, which are open to the public, and offers panoramic views of the surrounding area. Inside the castle, there are a number of exhibits and displays, which tell the story of the castle and the history of the town of Dunoon. There are also a number of events and activities held at the castle throughout the year, including concerts, festivals, and workshops The castle is open to the public and charges an admission fee.

Dunoon Burgh Hall is a public hall located in the town of Dunoon, in Argyll and Bute, Scotland. It is a Category C listed building and is an important example of Victorian architecture in the region. The hall was built in the 19th century and has a number of architectural features, including a clock tower, a grand entrance, and decorative stonework. It is used for a variety of purposes, including community events, meetings, and performances. In addition to its role as a public hall, the building also houses a number of offices and public services, including the local library and the tourist information center The hall is open to the public and is a popular destination for tourists and locals alike.

Argyll Forest Park is a large forest park located in Argyll and Bute, Scotland. It covers an area of approximately 32,000 hectares and is home to a number of interesting plants and animals. The forest park is known for its beautiful scenery and is a popular destination for outdoor activities, including walking, cycling, and birdwatching. There are a number of marked trails and routes through the park, which are suitable for people of all abilities. In addition to its natural beauty, the forest park also has a number of other attractions, including the Argyll Forest Park Visitor Centre, which has exhibits and displays about the park's natural and cultural history. There are also a number of historic landmarks in the park, including Castell Moel and Castle Lachlan. Argyll Forest Park is located in the west of Scotland and is easily accessible from the towns of Dunoon and Glasgow.

The Highland Mary Monument is a popular tourist attraction and is visited by many people each year. It is located in a beautiful location, overlooking the Clyde Estuary, and offers views of the surrounding area.

Dunoon Pier is a pier located in the town of Dunoon, in Argyll and Bute, Scotland. It is a popular spot for walking and taking in the views, and it is also home to a number of shops, cafes, and restaurants. The pier is located in the town center and is a short walk from the main shopping and commercial area. It is a popular destination for tourists and locals alike and is a good place to start exploring the town. There are a number of ferries that operate from the pier, including the ferry to Gourock, which is located on the mainland and is the main transport link to the rest of Scotland. The ferry to Gourock operates several times per hour and takes about 10 minutes to complete the journey.